If you are running Office 2007, and you are unable to open Office documents from SharePoint in IE, try the following to solve the problem.

Though slightly biased being their father, I have to admit, our kids are the cutest kids I have ever seen! 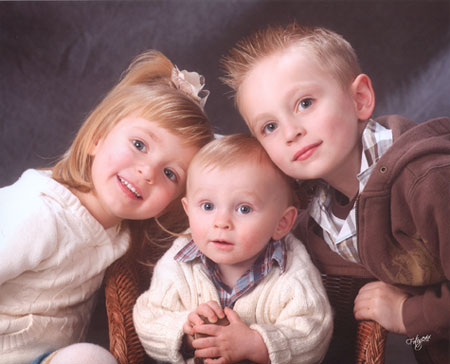 Learning is fun. Here is the somewhat new embedded MSN (Live) messenger control. We were trying to determine how or where you would actually implement this, but for now, cool factor will suffice.

On one of the Windows Live sites we visited today there was an add from Verio offering free Microsoft web hosting until January 2010 (around 2 years). Perfect to test some of these hosted Windows solutions.

So another day at Windows Live Training at Microsoft. We have discussed quite a few of the great applications and implementations of Live technologies. I have known about the Live Writer for a while, but decided to test it on my blog, written on WordPress, to see if it will actually write posts to my blog. Lets just see…

So I am here today at Microsoft Live Partner training in Redmond. We are going over all the great applications Microsoft is offering through the Live services for developers. That is great and all, but the reason I am writing is because in comparing Virtual Earth to Google Maps, I have discovered that my humble little street in South Jordan, Utah now has a street view. <sarcasm>Pretty sweet</sarcasm>

Voltron, Defender of the Universe

I am pretty sure that anyone who’s anyone that grew up in the 80’s era has heard of Voltron. My brothers and I were devoted viewers and were devastated when it went of the air. Like Battle of the Planets, it has a special place in my heart.

Tags: 80's, Cartoons, Episode, Voltron
Posted in Off-Topic | Comments Off on Voltron, Defender of the Universe

Star Wars Toys That Never Made It

I just happened to have watched the Family Guy, Blue Harvest tribute to Star Wars yesterday so I think that may be why I find this to be so funny. Ran across this while Googleing one of my favorite 80’s cartoons for my son, M.A.S.K.

Star Wars toys that never made it.

Tags: "Star Wars", Humor, Toys
Posted in Off-Topic | Comments Off on Star Wars Toys That Never Made It